Mr Bahlsen, your grandfather Hermann Bahlsen first had the idea for Leibniz Butter Biscuits when he visited England 125 years ago. What sort of a man was your grandfather? 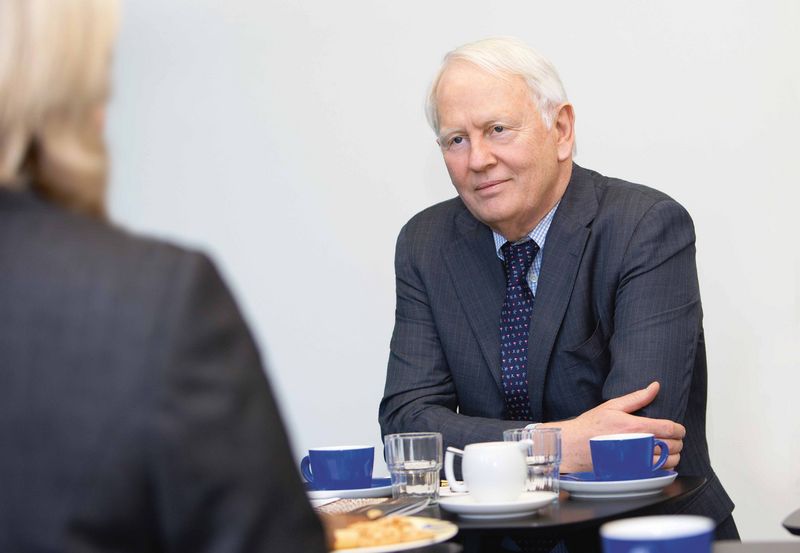 Werner M. Bahlsen: He was an innovator with vision and a pioneering spirit, curious, always on the go and always on the lookout for new ideas and inspiration. As an ambitious entrepreneur, he not only wanted to meet customer needs and also develop new creations; he also always wanted to be one step ahead of everyone else. "Can't do won't do" was his credo. He was happiest when he had the feeling that he already knew today what his customers would want tomorrow.

How often did he do that successfully?

Bahlsen: Not always, of course. The customers did not respond well to quite a few of his ideas, and these soon went back into the drawer. However, many were also successful and became true classics, such as Leibniz Butter Biscuits, for example. You can only achieve something like that when you have the courage to venture into uncharted territory. And if you have got what it takes to realise your plans and to carry on regardless of criticism or difficulties. He was a very determined sort of person who simply changed things if he didn't like them or he had a better idea. For example, he just changed the English "cakes" into a German-sounding word, "Keks", and it didn't take long for the word to become so widespread that it made it into the Duden, the definitive dictionary of the German language.

Was Hermann Bahlsen a trendsetter?

Bahlsen: You could call him that. Intuitively, he did a lot of things right. Leibniz Butter Biscuits, for instance, were one of the very first branded products in the food industry. Their 52 teeth made them distinctive, and still do. However, my grandfather, Hermann Bahlsen, quickly realised that he had to find new ways of making his Leibniz Biscuits well-known throughout what was then the German empire. As a result, he advertised his biscuits as early as in 1898 with an illuminated advertisement on Potsdamer Platz, right in the centre of the German capital. His company was only the second to do so. He followed this up with large-scale advertising posters which he designed together with German artists. And Bahlsen was also one of the first German brands to use TV commercials from the 1970s onwards. The slogan "What do people eat when they're on the move...?" soon became a German TV advertising classic.

Bahlsen: Because people associate some part of their own history with Leibniz Biscuits. All living generations have grown up with our Butter Biscuits; everyone had them in their lunch box on school trips, and even today, family picnics, outings or visits to the lido in the summer holidays are not the same without Leibniz Butter Biscuits. Leibniz Butter Biscuits are not only tasty; they also give you a feeling of security because they have been familiar to you since childhood. The same also applies in countries outside Germany, by the way. In actual fact, they are gaining in popularity in an increasing number of countries. Currently, our Butter Biscuits are particularly in demand in China and in the Middle East.

What do you do to keep this iconic product up to date?

Bahlsen: What is really important is that they always taste the same. We have been baking biscuits 365 days a year for the past 125 years and are doing everything we can to give our customers consistent quality. Even the wheat we use has come from the same local mill for many decades. We owe that to our customers. They want the same taste experience they had in their childhood, and they want their children to experience it in turn.